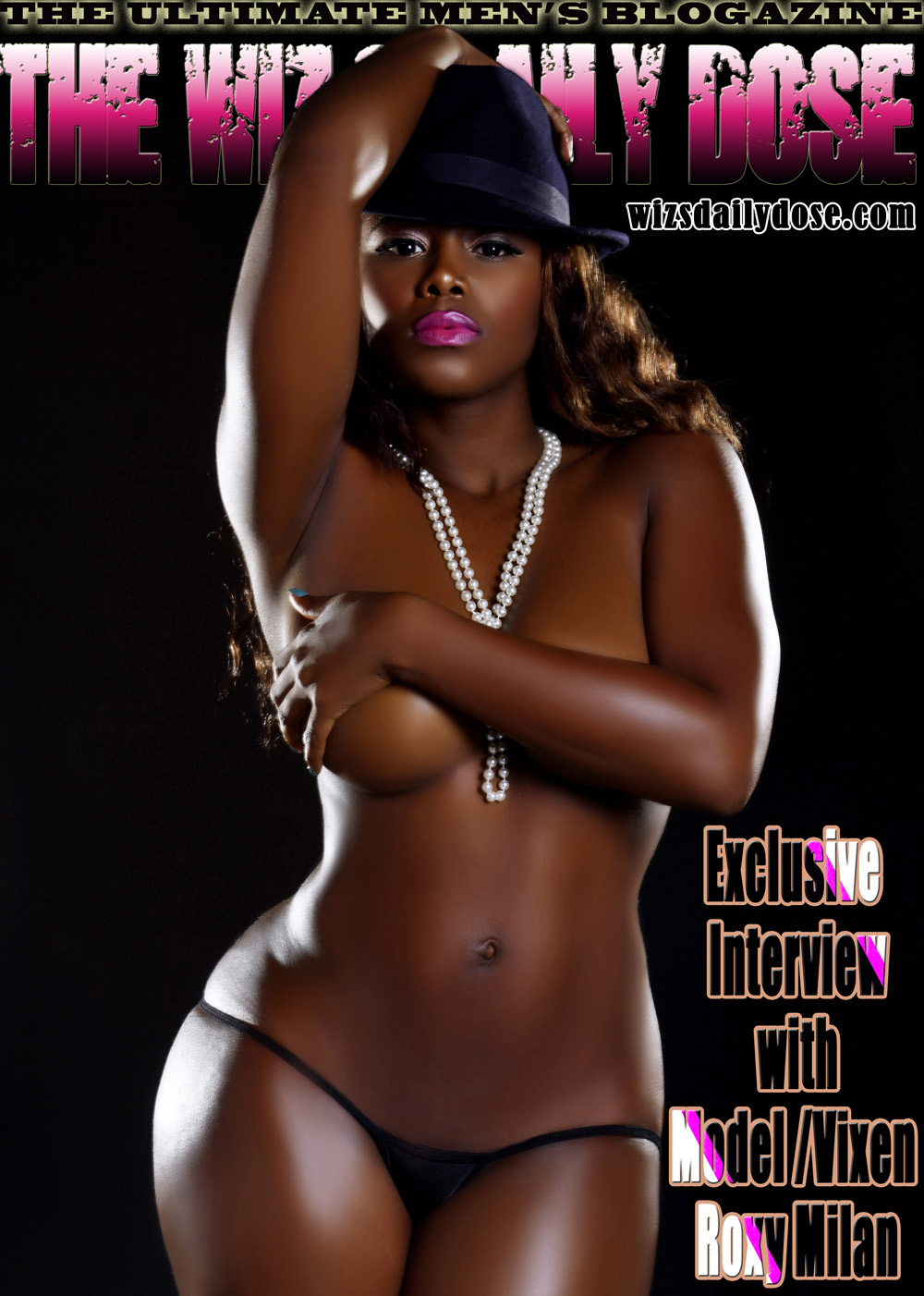 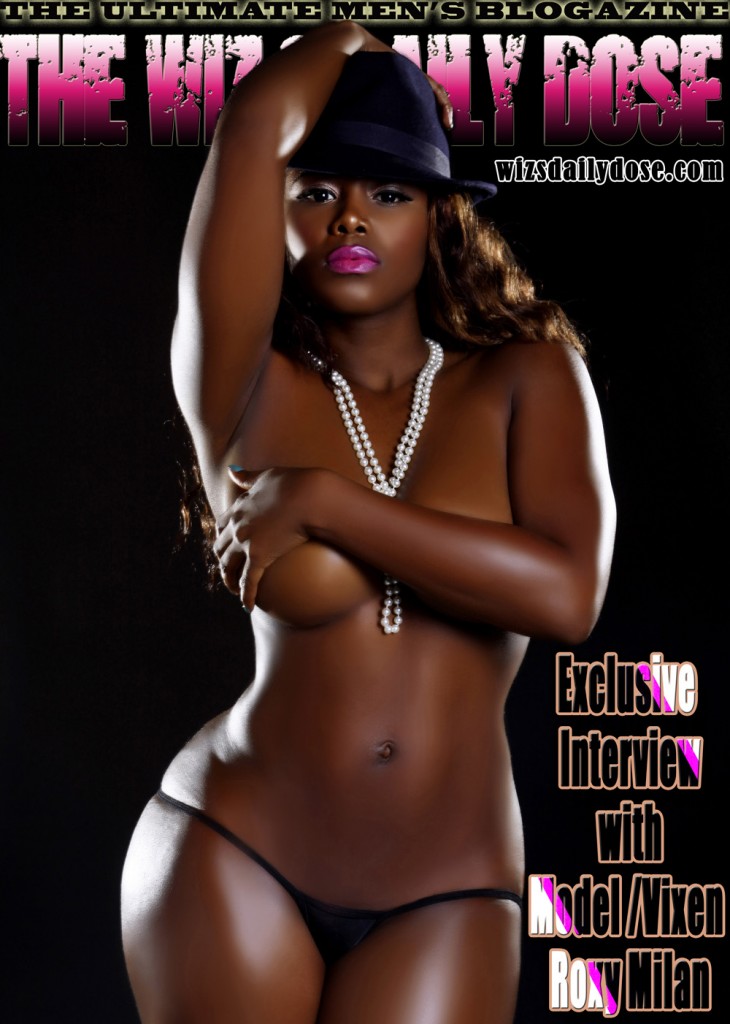 You might’ve seen her grace the cover and pages of Straight Stuntin Magazine or you might’ve seen her phenomenal behind the scenes photoshoot with SSH Photography for Touch Magazine if not; see it below.. I’ve had the opportunity of featuring the awesome Roxy Milan a few times here at wizsdailydose.com and with each feature she never disappoints. So it was definitely fitting to finally get her to do an exclusive for the readers…

Get familiar with ATL’s finest Roxy Milan below…..

Hennywiz – For starters; what is your nationality and where are you from?

Roxy Milan – I’m an American but to be technical my mother is West Indian. I was born in Memphis reside in Atlanta.

Hennywiz – Now before you got into modeling, I read somewhere you’ve done alot work behind the scenes. Tell the readers how you got started in the entertainment business.. 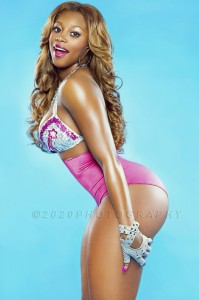 Roxy Milan – I met a movie producer from Baton Rouge that hired me to give me some experience while I was in college and while doing that I met alot of prominent people that allowed me to work on their music video or movie sets as well.

Hennywiz – When did you find inspiration in pursuing a modeling career?

Roxy Milan – I seriously started modeling in 2011, but got my feet wet in 2009, and then it was just something to do now I actually enjoy it.

Hennywiz – You’ve graced the pages of Straight Stuntin and Touch Magazine. For the people that might not know; what other publications have you been featured in?

Roxy Milan – I have also been featured in Smooth and ASis Magazine.

Hennywiz – You’ve taken some amazing photos, With all the shoots you’ve done so far, which ones have been your most memorable?

Roxy Milan – Smooth Magazine Live from Jamaica has been the most memorable because it was on location and painful because I shot on tree branches.

Hennywiz – A question I tend to ask models/vixens is, In this forever evolving business, new faces emerge by the minute. What separates “Roxy Milan” from your peers?

Roxy Milan – Alot of the most known vixens are lighter in complexion and of course I’m brown skin. Although I have a Diva persona I’m easy to work with because I’m willing to compromise when working with others, and alot of models try to act like they are too much which is not cool.

Hennywiz – Overall, what has been your opinion of the Modeling industry?

Roxy Milan – This industry is unpredictable it seems as if girls have to put out naked pictures, booty clap or have sex on camera to be the It Girl which is something I’m not willing to do!

Hennywiz – What are some of your long term goals as you continue to progress in your career?

Roxy Milan – My long term goal is to stay on Top in whatever I’m doing. Modeling, Acting or Real Estate as long as I’m in those fields I’m happy!

Hennywiz – What other interest do you have besides modeling? 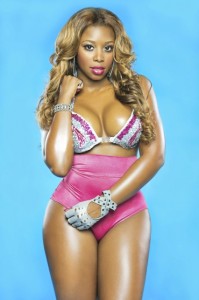 Roxy Milan – I want to get more into acting and open another business.

Hennywiz – I’m about to get in your business now, lol!! Single, Married, divorced?

Hennywiz – What advice do you have for someone that would like to approach you in public?

Roxy Milan – Please don’t be shy and get straight to the point when you talk to me.

Hennywiz – What are some of the worst pick up lines you ever been hit with?

Roxy Milan – Quote “Do I taste as good as I look if so can I try it” and always walk off with no reply.

Hennywiz – What turns you on the most?

Roxy Milan – A well mannered, well dressed man that goes and get it no waiting for it to come or handouts!

Hennywiz – What is an ultimate turn off for you?

Hennywiz – Do you consider yourself a casual romantic or a super freak?

Hennywiz – How would you describe your fashion style?

Hennywiz – What genre of music are you into?

Hennywiz – Drink of choice that gets you going?

Hennywiz – What is one thing about yourself that tends to shock people once they get to know you personally?

Hennywiz – What is your guilty pleasure?

Hennywiz – Name some things you couldn’t live without?

Roxy Milan – I can’t live without money or a car and of course my family and friends they are my Heart!

Hennywiz – What can we expect from you in the near future? 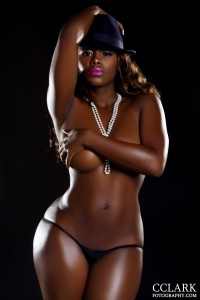 Hennywiz – What advice do you have for inspiring models out there trying to break into the industry?

Roxy Milan – Stay grounded, have some self respect, don’t believe everything you hear, and pick and choose what you do because the wrong thing or type of photo might haunt you later!

Hennywiz – Lastly, http://roxymilan.com/ is your website; what can fans expect when they visit your site?

Roxy Milan – My supporters will see pictures of me, my bio and links to my social sites.

Hennywiz – I really appreciate you taking the time to grant me this interview. Keep us posted on your future endeavors and don’t be a stranger. Anything you want to say to your fans out there?

Roxy Milan – Thanks for all the love and support. I want to let you guys know that your positive feedback keeps me going. Also I want to thank God for blessing me so much! 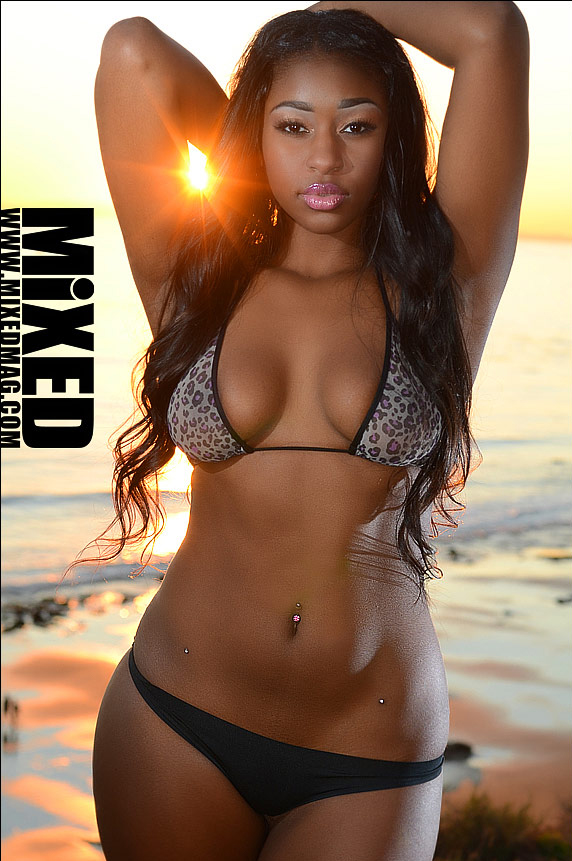 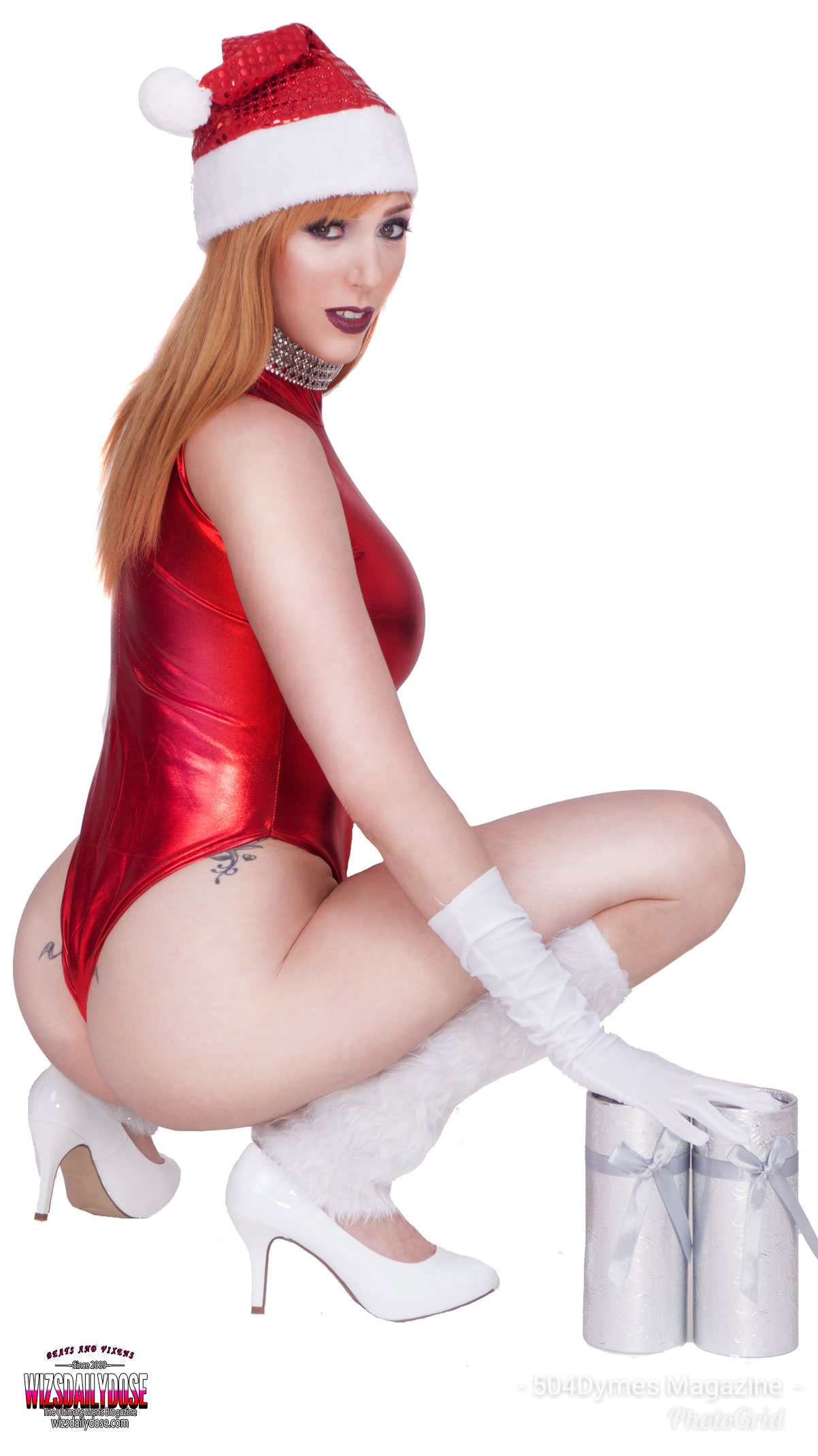 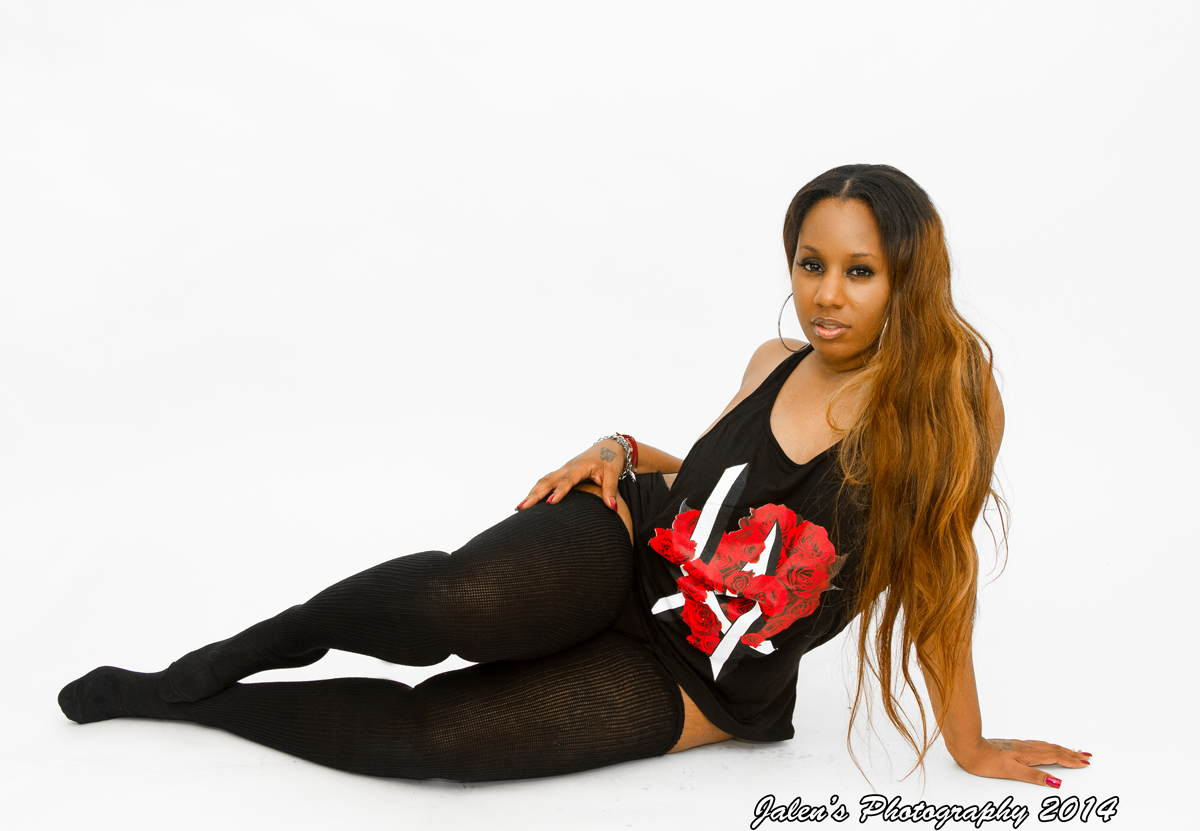